The Camon 12 is the latest camera centric mobile phone from Tecno Mobility, and as well as the direct successor of last year’s Tecno camon 11. The device is powered by the Mediatek MT6762 Helio P22 CPU, along with PowerVR GE8322 GPU, 4GB RAM and 64GB internal storage, expandable up 256GB via SD card. The display on the device is a 6.52-inches IPS HD+ display, with 720 x 1600 pixels resolution, and a 19.5:9 ratio. The device makes use of the U-shaped notch Cut-out, which holds the front facing camera. 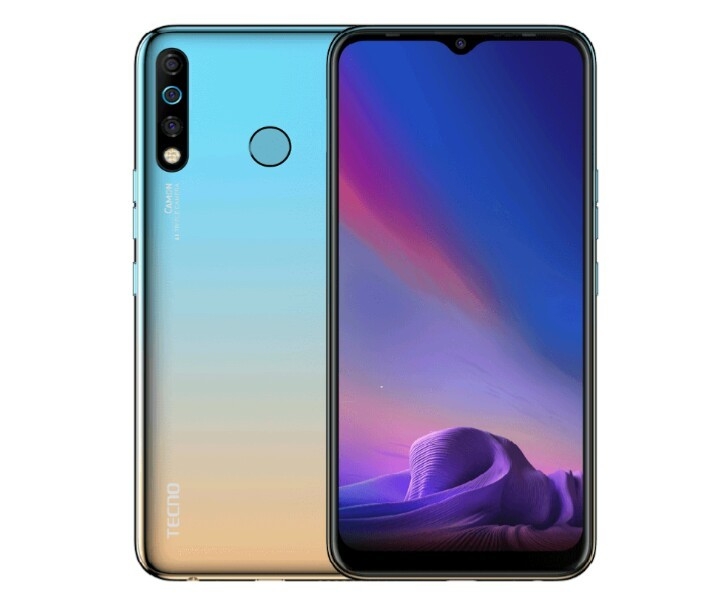 On the camera department, you are getting a triple camera sensors, comprising of a 16-megapixel main sensor, a 2-megapixel depth sensor and an 8-megapixel ultra-wide angle lens. On the front, Tecno made use of a single 16-megapixel front-facing camera hidden in the U-shaped notch cut-out above the screen, with dual LED flash kept to either side of the screen.

The device has a rear placed fingerprint scanner at the back. It also have support for dual Nano-SIMs, with 4G LTE networks. And to carter for the large display, there is a built-in 4000mAh battery, and of course, the hardwares are unified together on an Android 9.0 (Pie) based on HiOS v5.5. Other key specifications and silent features of the Tecno Camon 12 smartphone are detailed in the specs table below.

There are no reviews yet.

To BARGAIN & BUY from the SELLER directly, click on a product, & click on the "Chat with Seller" button. Dismiss